Huawei says that only weak days are left for adding the innovative model to the list of impressive Huawei mobiles in the market, expectedly on June 18th. This impressive device from the manufacturer is dubbed as Huawei Ascend P6. Even the specifications of the model are been listed online. With more and more leaks, the Ascend P6 launch date is inching nearer day by day. Till date there is no info which has stated regarding the Huawei Ascend P6 price in the country, but it is still expected to be revealed soon. There are various claims that had stated that the gadget will be out of the box with just 6.5mm thick, and weighs around 120 grams. Even the latest Huawei Ascend P6 pictures are made available on the official web site of the manufacturer, by which the user can have a view of this stylish gadget.

The runs out of the box with the help of Android v4.2 Jelly Bean operating system, which is also backed with the help of Quad-core 1.5 GHz processor, to provide a good speed while operating the phone. Huawei K3V2 chipset is also fixed in the gadget. The features like A-GPS support and GLONASS support to ensure ease to find the way. The device is enabled with Google applications like Google Search, Maps, Gmail, YouTube, Calendar, Google Talk. The sensor features like accelerometer, gyro, proximity, compass, temperature are also boosted in the variant. 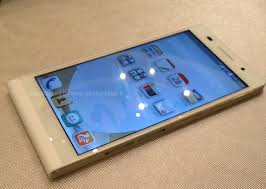 Huawei Ascend P6 features connectivity options like GPRS, EDGE, 3G support with HSDPA 14.4 Mbps and HSUPA 5.76 Mbps and Wi-Fi 802.11 b/g/n, DLNA, Wi-Fi Direct, Wi-Fi hotspot. It has Bluetooth v3.0 with A2DP, LE and microUSB v2.0 and USB On-the-go. The 8 megapixel rear shooter is said to be the one of the impressive aspect available in the gadget, with a resolution of 3264 x 2448 pixels. The gadget is also packed with a 5 megapixels front facing shooter, to let the user to have a video conference option. You can get this device in three color options like Black, White, Pink. It is powered by a Li-Po 2000 mAh battery which provides extended battery life.
Ascend P6 is claimed to feature with a huge 4.7 inches capacitive touchscreen, which is enabled to support resolution of 720 x 1280 pixels and generate high quality image viewing experience. The gadget is said to be available with a dual micro-SIM slots which supports dual stand-by feature. The claimes over the web state that the gadget will receive an onboard storage capacity of 8GB, by which the user can save all his importent document files. You can also find an microSD slot, which help's you to enhance the gadget with upto 32GB. It is also boosted with a RAM of 2GB, which will support seamless multi-tasking capabiltiy option to the user. Recently we shared a story that Sony Xperia Z and HTC Butterfly sports 5 inches display.
Posted by Dinesh at Monday, June 17, 2013