Following the successful launch of Xperia Z, Sony mobiles are aggressively working hard to launch another innovative Smartphone to retain their Xperia series and to lead the best place in the present Smartphone market. The Smart device is named as Sony Xperia ZR, it follows to be another water resistant model and is getting ready to debut in the Indian market. The Sony Xperia ZR price is tagged at INR 29,990 and is now available for pre-order via various online retailers, it will go on sale by the third week of June month, 2013.

At a first glance, the Sony Xperia ZR features and specs resemble same as Xperia Z and Zl. The Smartphone would be blessed with an impressive screen size of 4.6 inches and is worthwhile powered by Mobile Bravia engine 2. The display is accompanied with 16M color combination with a best supporting resolution of 720 x 1280 pixels and is packed with TFT capacitive touchscreen display. The multitouch feature is also enabled, where user can use 10 fingers at a time. The display is encased with scratch resistant glass coating and shatter proof, the best viewing experience is enabled via 323ppi pixel density. 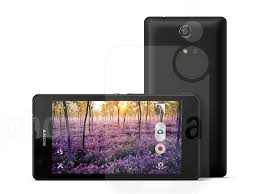 This smartphone on the other hand, packs with a user internal memory of 8 GB along with an expandable memory slot which can be expanded up to 32 GB via microSD card, in which user can store all their required stuff comfortably. The 13MP auto-focus rear camera is fixed with 16x digital zoom feature, which delivers the best photographic experience. The impressive 4128 x 3096 pixels resolution is offered and LED flash lite option ensure users to take good pictures even in low light conditions.
The premium rear camera also features geo-tagging, touch focus, face detection, image stabilization, HDR, sweep panorama. The device is also capable of recording HD videos with 1080 pixels at 30 fps. To enhance the user experience, the Smartphone consists of sensor applications like accelerometer, gyro, proximity, compass. On the other hand, the Xperia ZR also possesses a front facing VGA camera to make video calls. The device is worthwhile powered by Quad-core 1.5 GHz Krait processor and Qualcomm Snapdragon APQ8064 chipset ensures a smooth Android experience. The OS installed in the device is Android v4.1 Jelly Bean operating system to ensure latest smooth Android feel.
The multi-tasking capability is assured as the handset uses 2GB of RAM. The smartphone houses 2,300 mAh Li-ion battery to deliver an optimum batter back up of 11 hours talk time on 2G and up to 13 h on 3G. The stand by time of 470 hours is enabled on 2G and up to 520 hours on 3G. The Sony Xperia ZR pictures depict that the device would be astonishing and eye-catching and the handset would be made available in the variants of White, Black and Pink respectively. Sony Xperia J is also the Impressive Models in the Xperia series.
Posted by Dinesh at Thursday, June 13, 2013