Sony Mobiles has declared that Xperia handsets would get Android 4.1.2 Jelly Bean update. This update version is 6.2.A.1.100 made for Sony Xperia Go. The arrival of Xperia was with Android Gingerbread 2.3 and the new version can be downloaded from internet. To install the new version on the smart phone Sony Pc suit interface must be used. The Sony Xperia Go price  is Rs 11,870 that is mid ranged and would be affordable for many people. Sony Xperia Go Features reveal that the phone has scratch resistant 3.5 inches display that handles everything that we want to organize. The phone has a 1305 mAh battery that comes with power save mode to make sure the phone works for longer hours when there is a need. 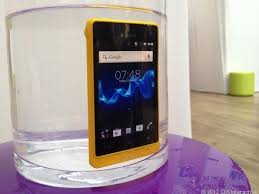 What makes the handset special is the IP67 certified water resistant that is the best water proof technology for any smart phone. The company has also engineered this screen to be dust resistant so that the phone remains intact. Xperia has a 111mm x 60.3mm x 9.8 mm tough body structure which is super slim. This makes the phone stylish and LED-backlit LCD, capacitive touchscreen tough. If the buyers want to watch they can do it with Reality Display powered by Mobile BRAVIA® Engine. If the internet connection through GPRS, EDGE or wi-fi is too slow then the 1 GHz processor would accelerate the speed. The camera is made in such a way that it can be zoomed 16 times. There is autofocus programming attached to it and a LED flash for clear pics. This speeds up the browsing, streaming and downloading on the handset. 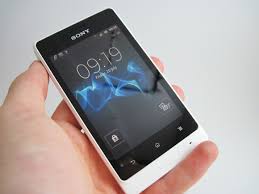 Every special moment can be captured with the 5 MP rear camera. The user may record the every sound and happenings with the HD recording mode. The moments can be further shared on any social networking site or can be viewed on the TV screen using DLNA®. A front camera is also present that is meant for self shots and video calling. The Sony Entertainment Network give access to a huge library of music and movies. There are millions of songs and huge number of TV shows catalogue. The users need just one account and digital wallet to use the latest blockbusters. The 50 GB free box storage app can be downloaded to expand the 8 GB internal storage. The handset also has 512 MB RAM. The Sony Xperia Go Pictures show three colours black , white and yellow with Sony's signature design. Recebtly we shared a story that Sony Xperia Z and Htc Butterfly sports 5 inches diaplay.
Posted by Dinesh at Thursday, June 20, 2013