Samsung mobiles is standing on the top range in world's premier Smartphone manufacturer segment by their new innoavative Galaxy Smartphones. Recently, the company has announced its new Galaxy phone aiming the most budget conscious buyer and is named as Samsung Galaxy Star. Surely, this Smartphone would help Samsung to maintain its position as the world’s number one phone manufacturer. The company stated that, the handset would be expected to release in single SIM or dual SIM version based on the market.

The Smartphone Features indicate that the phone runs on Android 4.1 Jelly Bean Operating system and in future the company might upgrade to the latest 4.2 version. Now, coming to the specifications and features, the Smartphone is packed with a 3 inches QVGA TFT capacitive touchscreen LCD display which is having a good resolution. For more detailed information look at the latest Samsung Galaxy Star pictures which are currently uploaded on various mobile websites. Samsung Galaxy Star bears dimensions of 104.95 x 58 x 11.9 mm making it extremely handy and weighs at 100.5 grams. The device is fueled up with a 1,200 mAh capacity battery which is capable to deliver impressive talktime as well as a good standby time. As per the reports, the Smartphone is expected to house 4GB of internal storage. In addition to this, the device packs an external memory slot which can be expanded up to 32GB via micro SD expansion slot support. Galaxy Star will be a budget phone.
To provide high performance and multi-tasking ability, the device is equipped with 1GHz Application processor including 512 MB RAM memory. The network properties in Samsung Galaxy Star comes with GPRS, 2G (EDGE), Wi-Fi 802.11 b/g/n, Bluetooth 4.0, GPS. The significant functionality of this Smartphone lets user to connect internet very efficiently as it possesses Wi-Fi option. The Smartphone offers a 2MP rear camera fixed to capture good clarity images. Additionally, features included in the Smartphone packs Intelligent Motion UI, Accelerometer sensor and FM Radio recording option. User's can easily connect with other devices and transfer their files with high speed as the Smartphone is equipped with 2G, Wi-Fi option and Bluetooth 4.0 option. User will have best entertainment, as the Smartphone features with music player and video player with multi-format support. 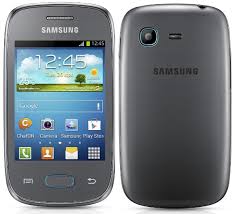 Samsung Galaxy Star features on board also comprises of Google mobile services like Google search, Google maps and for mailing purpose, it includes Google play, Google plus, You Tube and Google talk. As of now, the entry level Samsung Galaxy Star Price details are not yet revealed by the company.
Posted by Dinesh at Wednesday, April 10, 2013