Samsung mobiles is becoming more popular in the world of Smartphone segment and now, the company has got a great news for Smartphone lovers regarding the innovative Samsung Galaxy S Advance. Well, the handset gets a huge price drop in Indian market and this device is one among huge number of Android smart phones released by Samsung. Surely, this change in price of th device gives competition in Indian Smartphone market by which the companies are coming up with low cost rich-feature smart phones these days. The Samsung Galaxy S Advance Price is trust worthy and is slated now at just Rs. 14,500.

Galaxy S Advance has been commenced in January 2012 and was released in to the market in April 2012 with a price tag of Rs.26,900. The OS installed in it was Android Ice Cream Sandwich version and then the company revealed back in 2012, it is going to bring Android 4.1 Jelly Bean version of operating system. This update has been first introduced in Russian market and was made available to other markets in an impressive manner. 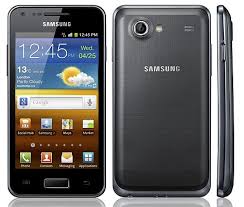 Finally now consumers can purchase with the lowered worthy price accompanied with latest Jelly Bean OS. The Samsung Galaxy S Advance Pictures look astonishing as the device is available in exciting color option. Now, coming to the specifications and features, the Smartphone is packed with a 4.0 inches Super AMOLED capacitive touchscreen display which is having a resolution of of 480 by 800 pixels supporting multi touch option listed with 16M colors.

The device houses with user internal memory of 8GB variant, 16 GB variant and also packs an external memory slot which can be expanded up to 32GB via MicroSD memory card type. The device also packs a 768 MB of RAM and 2 GB ROM memory to ensure multi-tasking capability. The device uses an 5 megapixels camera supporting a good image recording resolution with LED flash feature, which ensures user to capture high defined images even in low light conditions. It can record video at 720p. On the front side, there is a 1.3 megapixels resolution camera for video calling purpose. Samsung Galaxy S Advance Features offer the device with Dual-core 1 GHz Cortex-A9 processor and is built on NovaThor U8500 chipset. Samsung Galaxy S Advance is powered with 1500 mAh capacity battery which will provide optimum battery life of 15 hours talktime on 2G and Up to 7 hours 20 minutes on 3G. The handset bears dimensions of 4.85 x 2.48 x 0.38 inches. Additionally, the Smartphone is preloaded with premium features such as Accelerometer, gyro, proximity, compass sensors.
Posted by Dinesh at Monday, April 08, 2013