Samsung is well known for their leading models in the Asian mobile market. Samsung Mobiles have got deep roots penetrated into the Indian mobile market. This company has got lots of models and many more updates for their already launched mobile models. The company has got good control over the market with its amazing launches and the impressive features. Samsung galaxy has got many models that are launched in this year and also got some updates too. It is again back with a good news to all the lovers of Samsung. 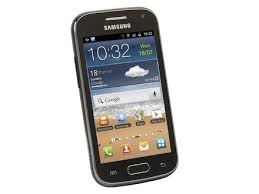 The company had made this update to be available over-the-air and via Samsung’s Kies application in Portugal for now. The update is also expected to hit Indian market too in coming days. So all the owners of the Galaxy Ace 2 should wait for some more days in order to get their gadget updated with the Jelly Bean update. This Jelly Bean version is going to add some more juice to the Samsung Galaxy Ace 2 Features. The Galaxy Ace 2 will be out with Android 4.1.2 Version. Till date There is no word on the change-log of this update, but it is expect to see Google Now, Project Butter improvements, enhanced notifications, UI changes, better widgets and many more on the gadget. This Samsung Galaxy Ace 2 variant will carry a dimensions of 118.3 x 62.2 x 10.5 mm and weighs around 122 g. 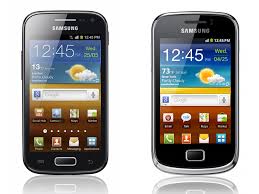 For more INFO regarding the style of the gadget, just click on to the Samsung Galaxy Ace 2 Pictures that are made available on many of the web resources. This model will boost a 3.8 inches display, which will be of PLS TFT capacitive touchscreen and carry 16M colors. The display is capable of delivering 480 x 800 pixels resolution by which the image view will be impressive. It will also receive an internal memory of 4 GB and also carry a microSD slot.

The microSD slot will help the consumer to extend the memory space of the gadget Up to 32 GB. The gadget will carry a 5 MP rear shooter which is comfortable with 2592x1944 pixels, and also consists of autofocus, LED flash to give a good clarity image. It will also consist all the other feature identical to the previous version including the Li-Ion 1500 mAh battery.There is no info about the Samsung Galaxy Ace 2 Price of the updated version but expected to carry the same old tag.
Posted by Dinesh at Saturday, April 06, 2013