Huawei mobiles are a Chinese multinational networking and telecommunications equipment and services company. This multinational company is trying to widen its wings over the mobile market. It has recently launched the Huawei Ascend Y300 in to the market. Actually the mobile was announced in the month of March and also launched on the same month, of the year 2013. There are many E-commerce portals which have become the launch pads for lot of smartphones players and are also exhibited phones before their official launch. You can find the Huawei Ascend Y300 pictures in the many of the E-commerce sites, by which you can get a clear view of the model.

The company has already claimed that the Huawei Ascend Y300 price will be around INR 7,980. The Huawei Ascend Y300 features will state that this model is the best and cheapest gadget that runs on Android operating system. The Huawei Ascend Y300 features Android OS, v4.1 Jelly Bean version, when it is out of the box. It gets a Qualcomm MSM8225 Snapdragon chipset fixed to it. This model will be enabled with 1 GHz Cortex-A5 processor and also gets a Adreno 203 GPU. The sensors like, Accelerometer, proximity, compass will also be packed with it. It will consist of all the features, that a feature phone will be consisting with. Excluding all those features, it will carry Bluetooth 2.1 with A2DP, microUSB v2.0, GPRS, EDGE, Wi-Fi 802.11 b/g/n, Wi-Fi hotspot, DLNA features that provide a impressive look to the gadget. 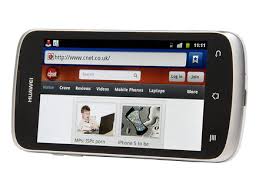 This model will be carry only single SIM option in it But Huawei Ascend Y210D Dual-SIM Android Mobile. This model will also allow the 2G and 3G connectivity option. One of the best feature of the gadget is the 5 MP rear shooter, which is capable of producing a resolution of 2592x1944 pixels. The rear shooter is well featured with autofocus, LED flash and also carries Geo-tagging option additionally. It is built in with an internal memory of 4 GB and also fixed with a microSD card slot which will help the user to increase the memory space by upto 32 GB. It is also boosted with a 512 MB RAM, which is not so impressive feature to look at it. The pictures of this gadget will help you know that, the gadget will be available in Black and White colors only. It is powered with a Li-Ion 1730 mAh battery which is capable of producing a standby Up to 320 hours on 2G and Up to 320 hours on 3G and it can even provide a talk time Up to 5 hours on 2G calls and Up to 5 hours on 3G calls.
Posted by Dinesh at Thursday, April 04, 2013