The same sources state that the Samsung Galaxy Note 8.0 features which includes a HD friendly 8-inch super clear LCD display with a 1,280 x 800 pixels resolution and it will also support S Pen Input. The CPU will likely be a quad-core 1.6 GHz Exyno 4 mobile processor chipset which is based on four Cortex A9 cores. It is coupled with 2GB of RAM and with a 16 or 32 GB of integrated expandable storage via microSD. The new 8-inch Samsung Galaxy Note 8.0 tablet will run on Android 4.2 Jelly Bean will have S-Note, S-Memo, and S-Planner applications. Since the new tablet is a member of the Galaxy Note family it will also feature TouchWiz user experience on top of Android 4.2 Jelly Bean optimized for stylus interaction.The website also mentions the tablet will have the HSPA+ connectivity option. 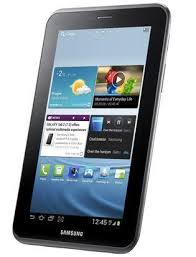 Bluetooth version 4.0, USB 2.0, 3 G Wi-Fi 802.11 a/b/g/n and A-GPS are the other connectivity alternatives inbuilt in the tablet. Other technical specifications list also includes a 4,600 mAh battery, 5-megapixel camera mounted at the back and a front facing 1.3-megapixel camera. The leak has revealed Samsung Galaxy Note 8.0 pictures on internet. Now comes the key element, Samsung Galaxy Note 8.0 price. If the new tablet comes with the above mentioned specifications then Samsung has to price the product very competitively. With Samsung Galaxy Note 8.0 the company aspires to defend the Apple iPad mini, Kindle Fire HD and the Asus Google Nexus 7 tablet in the market. Is Samsung Galaxy Note 8.0 bringing back styluses in fashion?? With the other competitors at the battleground does the features tempt the public enough to buy out the Samsung’s next Note device ?? All eyes and ears are on the upcoming event at Barcelona which is going to held in late February this year.
Acer tablet revealed low priced Acer Iconia B1 tablet based on Android platform at CES 2013 in Indian mobile market.
Posted by Anonymous at Tuesday, January 29, 2013