Lava Mobiles are the innovation introduced by the Lava company which is one of India's mobile manufacturers with a list of countless smartphones which are of pocket friendly price and avails a considerable smartphone against the price. The company works for the people with low budget and insist on acknowledging new technology with feasibility and further providing it the the people of India. Similarly, Lava Xolo X900 was the one who appeared with Intel's Atom processor back in mid year and now Lava is back with a combination of Intel's new Atom processor, Lexington, and new handset in Xolo series X500. The device will be for sales in near future though it was announced in CES 2013.

The Lava Xolo X500 features the Android Operating System's version 4.0 Ice Crem Sandwich though Android 4.1.2 Jelly Bean is the latest version although it is good enough to give a nice experience. The handset carries a 3.5-Inch TFT HVGA touchscreen display which presents a resolution of 480 x 320 pixels and also gives a play back of 1080p video, it means a full HD video. This is possible because of PowerVR SGX540 GPU which enables pleasing graphics and provides the user to experience nice clarity and adds more joy in playing games. The attained power, the variant gathers, is from the Intel's Atom Lexington Z2420 processor which runs at maximum speed of 1.2Ghz. It also enhances the overall functionality, makes it possible to work over more than one application at the same time, performance gets admirable and also reduces the consumption of battery. 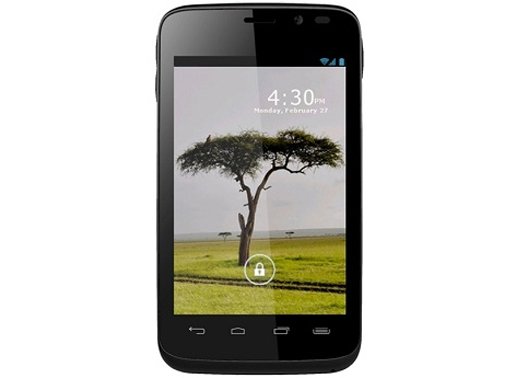 On the back, there is a 5 megapixel camera which can click 7 photos in a second during burst mode. Miromax A54 Smarty features with auto focus and also provides a 1080p video recording, i.e., a HD video. Dual SIM functionality is also among the features. 512MB RAM is given which helps in making the functionality better. For saving and carrying personal data 4GB memory is inbuilt for the user which can be extended up to 32GB through microSD card. Connection features like 3G network and Wi-Fi is also available to use speedy internet efficiently. Bluetooth is also installed for the variant to connect with other Bluetooth enabled devices. The handset packs a 1,500 mAh battery in its hood. The Xolo X500 price stands Rs 8,999 which is also available with the Xolo X500 pictures which are considerably appropriate in accordance to the overall specifications, features and all the functionality provided.
Micromax A54 Smarty is the low-end smartphone segment which comes with some basic and decent features and a low price tag.
Posted by Anonymous at Tuesday, January 29, 2013